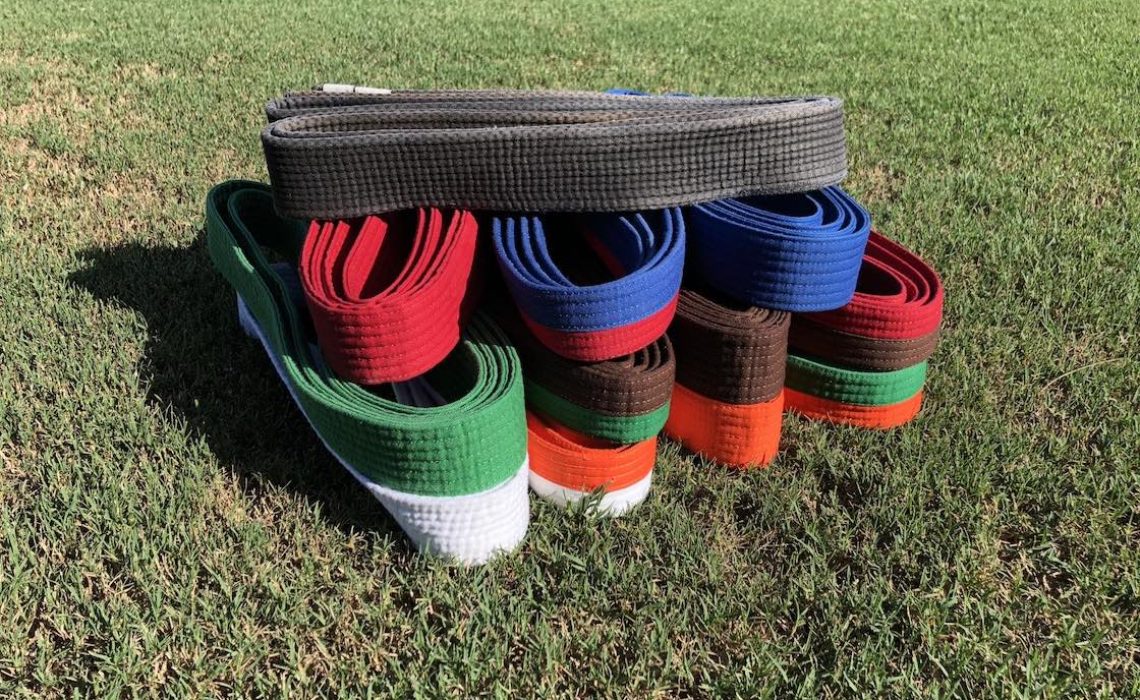 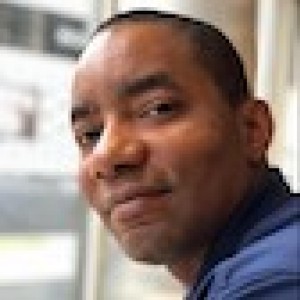 Among the first questions someone considering martial arts training asks is “How long does it take to get a black belt in Tang Soo Do?”

The best answer is it largely depends on you. For most people, it takes from 3 ½ to 5 years before they test for Cho Dan (First Degree Black Belt). How close you get to that 3 ½ year mark is based on how diligently you train and meet the other requirements.

That’s the short answer. Your next question is probably “Why on earth does it take so long to earn a black belt?”

Why it Takes So Long

Want the short answer? There’s a ton of material to learn. To become proficient given the amount of material a student is exposed to takes several years of training. There are also the additional requirements like having to attend a certain number of sanctioned competitions and training camps.

Take note that we’re talking about earning a black belt here. There are martial arts schools out there that will happily tie a black belt on you after 12 – 18 months of training. These schools are commonly referred to as “Mc Dojos” as a play on words since they allow you to get what you want quickly and without much effort.

Much like most fast food though, there’s very little value provided in the end. For people that take that route, their goal is probably more about simply obtaining a black belt vs. living the lifestyle of a martial artist. It’s more about achieving a bucket list item than committing to a permanent shift in mindset and action. Just like everyone that climbs a mountain isn’t necessarily a mountaineer, everyone wearing a black belt isn’t necessarily a black belt.

Ok, now that I’ve gotten that off my chest, let’s get into what it takes to earn a black belt in Tang Soo Do.

About Tang Soo Do

The style of martial arts I practice and often have the privilege of teaching is called Tang Soo Do.

The Tang in Tang Soo Do is in reference to the Chinese Tang dynasty. Soo means “hand” or “fist”. Do represents a way of life.  I gave the quick history lesson because that “Do” part is what martial arts is really about. In the truest sense, living a life of consistent training and contribution is what it means to be a black belt.

A Heyong/Hyung is the Korean term for “form” or “kata”. They are what you’re watching when you see large groups of martial artists moving in unison through a predetermined routine of blocks, punches and kicks.

In the World Tang Soo Do Association, you’re required to learn 11 open hand forms and 2 weapons forms. That’s a total of 13 different forms a student has to learn and become proficient in on their journey to first-degree black belt. Regularly practicing forms is an important tool for improving conditioning and focus as a student continues to make progress.

The first three forms are specific to the World Tang Soo Do Association and are designed to teach basic stances, punches and kicks. The remaining 10 forms are more advanced and are based on traditional Chinese and Korean martial arts. Some date back several hundred years. 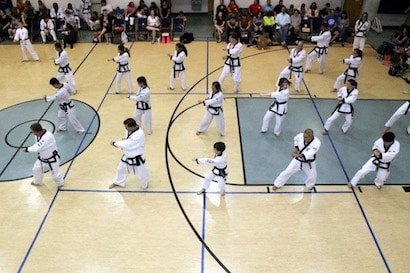 It is amazing how these forms have been taught and passed down.  When I see other martial artists practice and perform their hyungs, I am struck by the similarities in what I learned despite being different styles of martial arts.  This reminds me of the common roots they all originated from way back when.

Advancing Through the Ranks

A new student wears a white belt and starts at the rank of 10th gup. Gup is the term for a student of junior ranks. As you probably guessed, there are 10 gup ranks.  10th gup is the most junior (white belt).  1st gup is the most senior (red belt with blue stripe).

The minimum training time between each gup rank is three months. Some quick math reveals that a student spends at least 30 months or almost 3 years moving through the gup ranks. There’s one additional rank between gup and first-degree black belt called Cho Dan Bo.

Cho Dan Bo means black belt candidate. A student spends a minimum of 1 year at this rank as they polish everything they’ve learned in preparation for their test to first-degree black belt. By the end of that year, they should be proficient in all 13 forms, 30 hand steps, 30 kicks steps, and 30 self-defense techniques. There are also proper ways of rolling and falling that a student has to be capable of performing.

It’s a lot of material to get a handle on.

As you can imagine, martial arts can be physically demanding. The basic physical requirements for first-degree black belt are a minimum of 50 pushups and 50 crunches. A rigorous cycle of other calisthenics is also included in a black belt test. Depending on the number of candidates, a black belt test can last anywhere from 3 to 4 ½ hours long. Candidates are expected to have the conditioning necessary to do everything asked of them with good technique.

Unless a student was in decent shape before beginning their martial arts training, it takes time to progress to that level of physical ability.  This is where the “it depends on you” part comes into play. If the student works hard on improving their conditioning, they usually have little trouble meeting the physical requirements.

Some students find it useful to do weight and conditioning training outside of their martial arts practice. This can be an effective way to target and quickly improve weak areas. Like most things in life, the more effort you put in, the bigger the pay off.

Before being allowed to test, a student is required to participate in World Tang Soo Do Association events outside of their studio. In most cases this means, competing in at least one tournament and one black belt clinic.

The black belt clinic is a tool that helps prepare the student for their black belt test by subjecting them to several long days of training, lectures and physical conditioning.  This also provides them with more exposure to the teachings of the other instructors and Masters from schools other than their own.

Tournament participation is a good way for students to become involved in activities outside of their studio. It improves their martial arts by placing them in a situation where they have to perform under pressure. This helps growth and highlights areas for improvement.

Competing is also an awesome way to make new friends. The World Tang Soo Do Association community is a pretty tight knit group. Because of this, everyone looks for ways to encourage each other and improve.

In the World Tang Soo Do Association, you’re not done once you’ve successfully tested for black belt. There’s a mandatory six-month probationary period where the student is required to maintain regular training sessions.  This ensures continual commitment to the journey rather than directing focus to a single testing event.

At the end of the probationary period, you’re required to attend either a sanctioned tournament or clinic. At the event you and everyone you tested with get to put on a short demo showing off your stuff.  It’s a rite of passage of sorts that all black belts in our style go through.

Following the demo, candidates receive their certificate and complete rank.

It’s About the Journey

Realize that earning a first-degree black belt is just the beginning of the journey as a martial artist. Think of it along the lines of earning a bachelor’s degree. More than anything it shows that you are a serious student that is teachable.

A first-degree black belt demonstrates that a student has a good understanding of fundamental concepts and ability, but is far from perfecting their skills. For a serious martial artist, the pursuit of mastery is what it’s really about.

Anyone with a healthy perspective of martial arts recognizes it as a life-long journey. The concept of belt system is a fairly modern creation. It does provide motivation and gives students something to strive for but it’s not the end goal. It’s all the stuff you go through on your journey towards earning a black belt that truly changes you as a person.

There are nine ranks of black belt in Tang Soo Do. So, as I’ve said, it’s a life-long journey.

In conclusion, I’d like to give the example of climbing a huge mountain like Kilimanjaro or Everest. If you could ride a helicopter to the top you could quickly be standing at the summit. That said, you would not have that feeling of accomplishment that only comes from realizing a goal after years of hard work.  I encourage you to view a black belt the same way.

In the end the belt matters, but it doesn’t really matter. 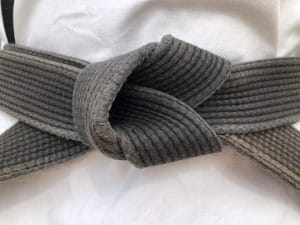 How to Tie Your Karate Belt 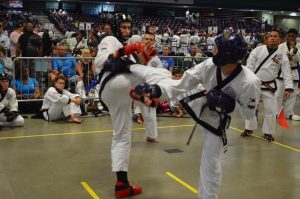 Tips for Improving Your Point Sparring 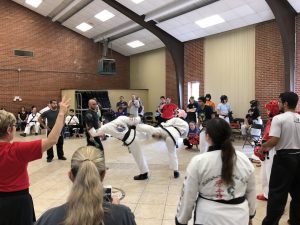 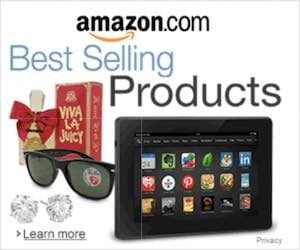